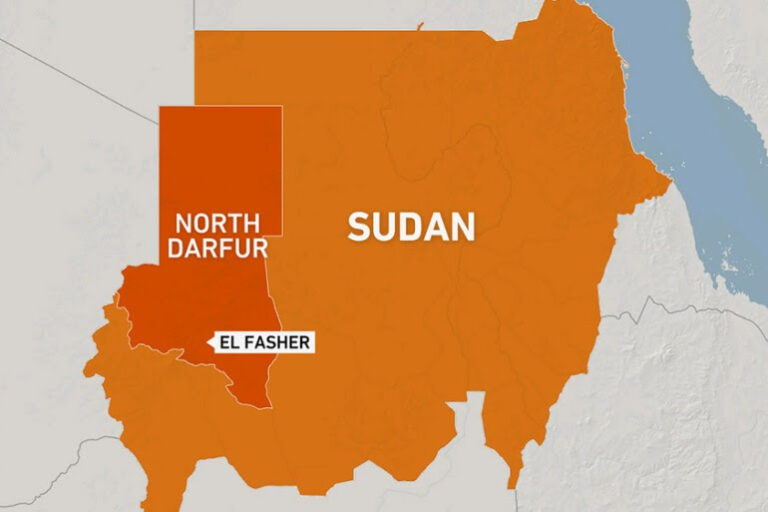 UN says the warehouse contained up to 1,700 tonnes of food destined for hundreds of thousands of people in the area.

house and facilities used by a former peacekeeping mission.

In a statement on Wednesday, the United Nations said more than 1,700 tonnes of food meant to feed 730,000 vulnerable people for a month were looted from the warehouse in the capital, El Fasher, the night before.

Residents reported heavy shooting near the site, according to state news agency SUNA.

“One in three people in Sudan needs humanitarian assistance. Such an attack severely impedes our ability to deliver to the people who need it most,” UN humanitarian coordinator Khardiata Lo N’diaye said.

“We call upon the government of Sudan to step up efforts to protect and safeguard humanitarian premises and assets throughout Sudan,” she said.

“Over 1,900 metric tons [1,700 tonnes] of food commodities that were meant to feed 730,000 vulnerable people for a month were looted,”, a spokesperson for Guterres, said in a statement on Wednesday.

“[The] supplies were gifted to the Sudanese authorities for civilian use,” his spokesperson, Stephane Dujarric, said.

Guterres also called on the Sudanese government to restore order, and for the Sudanese authorities to facilitate the “safe working environment and passage for remaining United Nations operations in El Fasher”.

The withdrawal of a joint UN and African Union mission, UNAMID, ended 13 years of peacekeeping operations in December last year, but Guterres said “substantial amounts of equipment and supplies” from the looted base were intended to be used by Sudanese communities.

A sharp increase in violence has forced more people from their homes in Darfur over the past year, with humanitarian workers and analysts attributing the escalation to armed factions jostling for position after a peace deal was signed with some rebel groups in late 2020, as well as the return of fighters from neighbouring Libya.

The region has also seen a spike in conflict since October triggered by disputes over land, livestock and access to water and grazing, with about 250 people killed in fighting between herders and farmers.

Tens of thousands have been forced to flee their homes, according to the International Organization for Migration (IOM).

The violence has occurred while Sudan reels from political turbulence in the wake of a coup led by military chief General Abdel Fattah al-Burhan on October 25.

More than 14 million Sudanese will need humanitarian aid next year, according to the UN Office for the Coordination of Humanitarian Affairs, the highest level for a decade.

Many of the displaced fled their homes when the military and allied militias moved to crush an armed operation in Darfur from 2003, in a conflict that left an estimated 300,000 dead.