The Paradox of Hunger 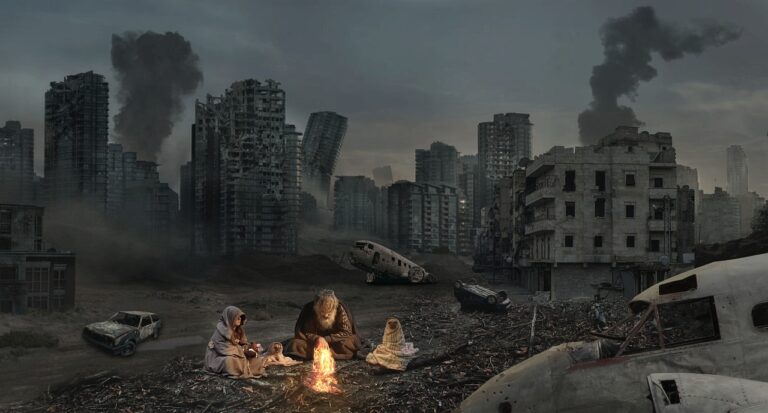 If the subject is characterized by paradox, then Robert Kates, who this week won the National Medal of Science, seems the right man for it. An academic with a relentless and passionate concern for practical accomplishment, a former steelworker better known for elegant scholarship, he is now probably the first holder of the country’s highest scientific award who never finished college.

Kates directs Brown University’s Alan Shawn Feinstein Program in World Hunger. A geographer by training (he did finish a doctorate while missing one of every three lectures to rotating shifts at the steel mill), Kates took up the study of hunger because it is, in his view, “the second hardest problem. … I really didn’t have any good ideas about how to stop nuclear war.”

Others may have a different candidate for “second hardest.” Kates’s nominee is certainly big enough, bad enough and old enough to qualify. One billion people lack enough food for an active working life. Half that number — twice the population of the United States — suffer severe malnourishment, with insufficient calories to sustain normal mental and physical growth. Neither definition conveys the individual experience. The pain is constant, yet it is only during episodes of acute starvation that the rest of the world pays much attention.

These episodes are becoming rare. Kates’s team at Brown has studied the history of hunger over the millennia. They are also keeping track of episodes of famine since 1950. Though famine’s history is as old as our species, its end appears to be almost within our grasp. Except for government-caused famine — most notably during China’s Great Leap Forward — the incidence of mass starvation has steadily declined since the end of World War II.

Kates’s excitement is palpable as he describes this extraordinary milestone in the human chronicle. With efficient use of satellite monitoring, early warning systems and international buffer stocks and delivery systems, starvation from crop failure can be made obsolete. The principal remaining cause of death is from food deprivation used as a weapon against civilian populations in wars. Here too there is progress. In the wake of the Kurdish crisis, there is growing support for an international agreement that would give safe passage of food precedence over national sovereignty in such situations.

The postwar era has also proved that the link between hunger and poverty can be broken. Sri Lanka and China, among others, have shown that it is not necessary to get rid of poverty to get rid of hunger. No political system can lay a claim to unique success in this. In Latin America, the three states that have made the greatest progress in reducing hunger and disease among children are Cuba, Chile and Costa Rica: governments of the extreme left, the extreme right and the solid, democratic middle.

Beyond scattered successes, however, the record is mixed. Until about the mid-’70s, agricultural production grew rapidly. The proportion of hungry people fell almost by half. Since then, progress has stopped. Africa’s per capita food production has dropped sharply. Latin America has barely stayed even despite heavy investment in agriculture. The number of hungry people worldwide is growing. Yet, world food production must grow by 60 percent by 2025 just to maintain present nutritional levels. There are grounds in these numbers for both guarded optimism and deep alarm — and rampant confusion about what is best to do.

Hunger experts resemble the proverbial blind men describing their own bit of the elephant. Agronomists worry about production, economists see skewed markets and “ineffective demand” (hungry people who lack the money to buy food), social scientists and activists see enough food but failures of distribution, public health experts know that, among children especially, hunger and disease march together, while environmentalists focus on signs of growing stress in water and soil. Rarely has there been a determined effort to find common ground among them.

Some programs are known to be effective. Food aid can be targeted to reach the poor. Food-for-work programs can alleviate crises and lay the foundation for a better future. Food stamps, an American invention, have also succeeded elsewhere. Community banks supporting agricultural investment and rural enterprise for the poor look promising. New methods of planting trees and crops together can dramatically raise production. However, many of the projects that have been successful on a small scale do not seem capable of wide application.

Eventually, the world will have to nearly quintuple its present harvest in order to adequately feed a more than doubled population. If physically achievable, that will require huge efforts and fundamental change in everything from village practices to macroeconomic relationships. The present flow of capital from South to North, which former World Bank president Robert McNamara calls “a blood transfusion from the sick to the healthy,” will have to be reversed, for example.

The ultimate challenge is whether the world’s middle class can come to care enough about the world’s poor. Kates thinks history shows a slow “evolution in caring” from family to clan, tribe, co-religionists, fellow citizens, and now, all mankind. If he’s right, hunger might, someday not soon, be ended. The writer, vice president of World Resources Institute, writes this column independently for The Post.